Since the main character in my work-in-progress ends up on a couple of TV shows, I couldn’t resist a fellow SCBWI Regional Advisor’s invitation to join her for a taping of The View. Research, right? Okay, so I do watch Hot Topics during my lunch break–how else would I keep up on celebrity divorces?

We had to arrive two hours before the taping where we waited in line with about two hundred others. I’ve never seen so many people with great hair and makeup crammed into one place. Plus, we were all wearing our bright colors and uncomfortable shoes (no one ever saw my feet, but oh, well…) 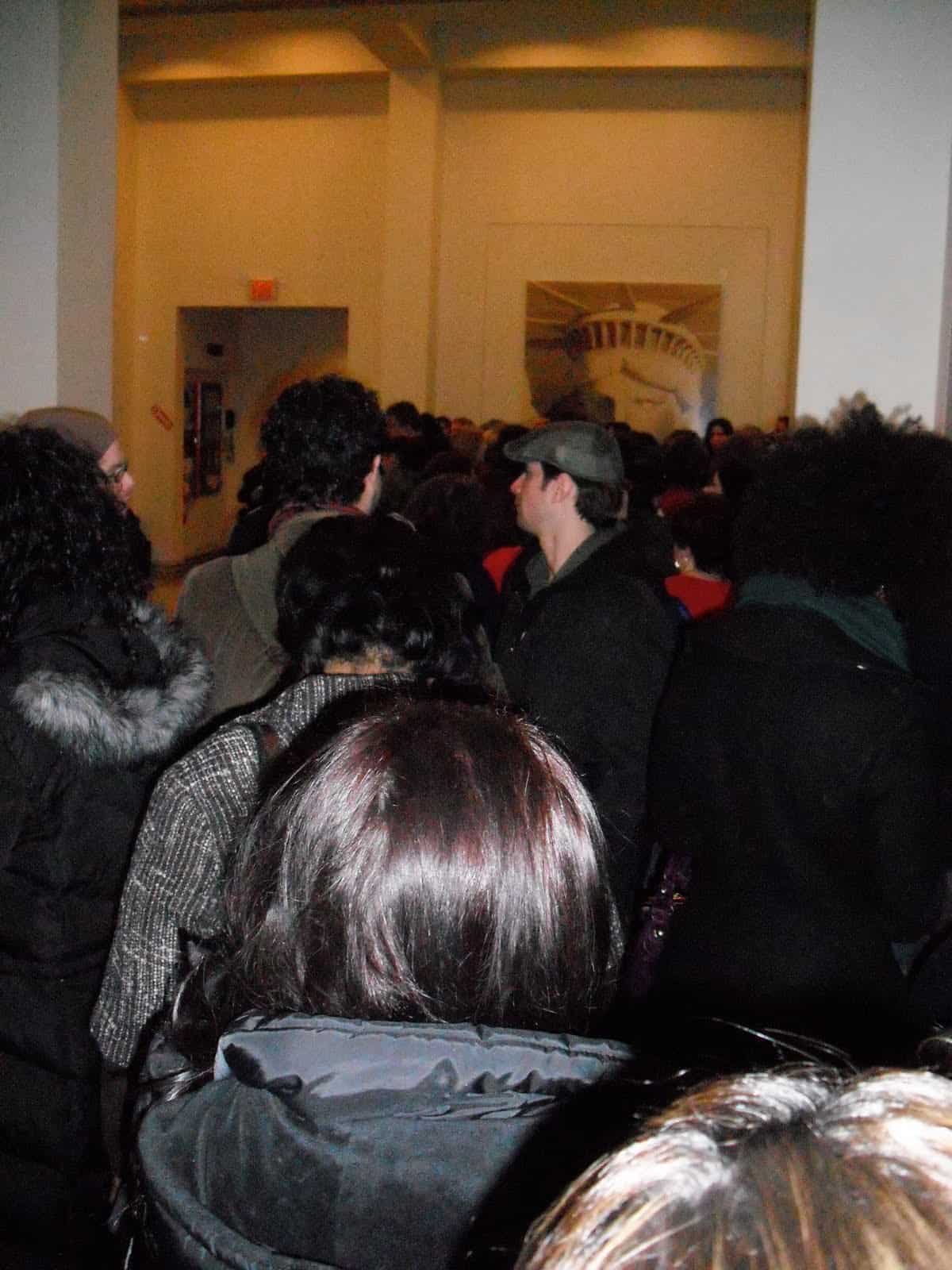 See how shiny and clean everyone looks? I was a little surprised that ABC couldn’t spring for a bigger TV in their waiting area. 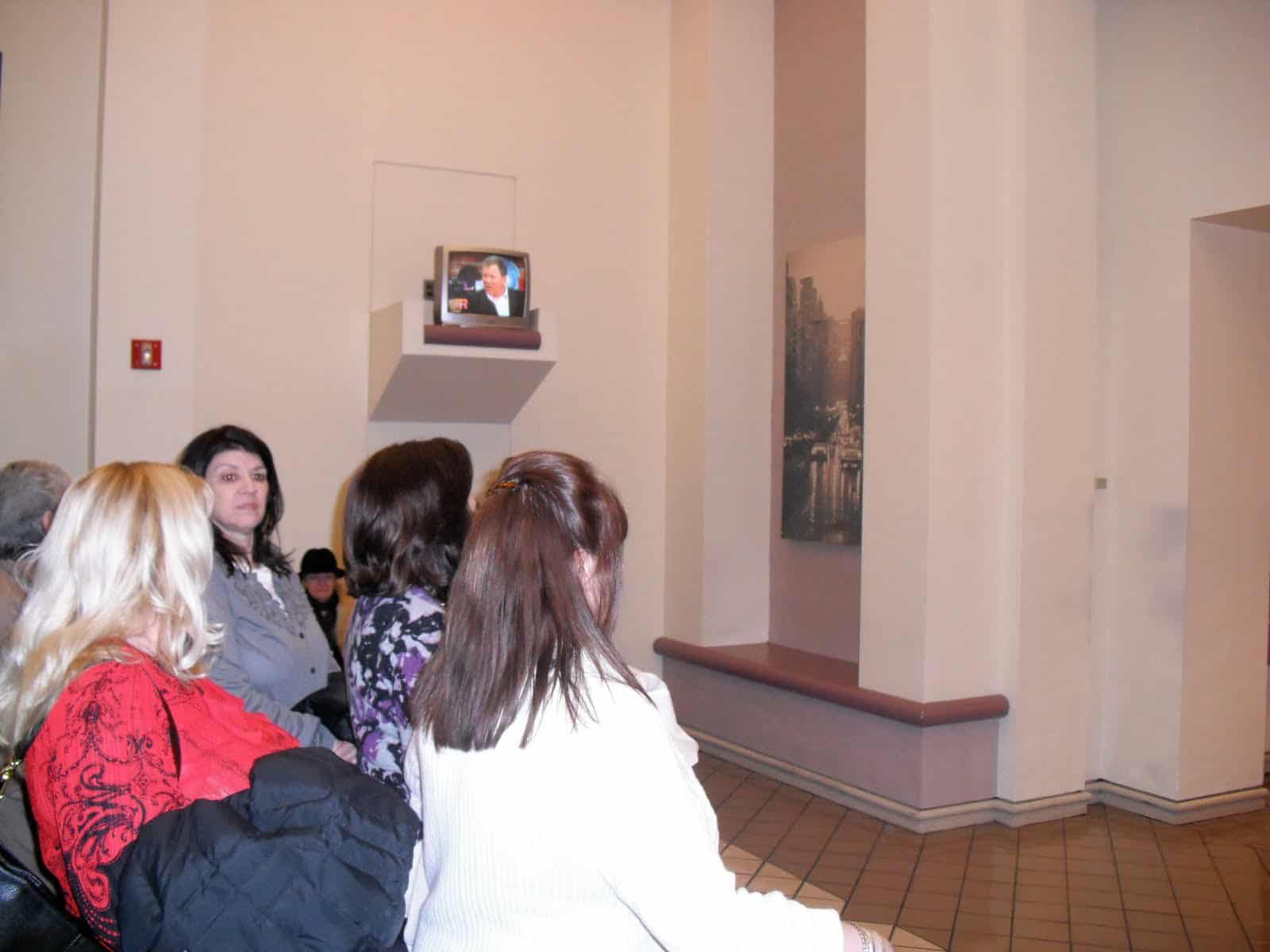 Around 10:30 a.m. the perky staff began taking us in small groups to the elevator. When we arrived in the studio they handed us each a package of cookies and a cold bottle of apple juice as if we were about to have preschool circle time or something. But then I realized that they wanted to give us a quick sugar rush. And then we met this guy: 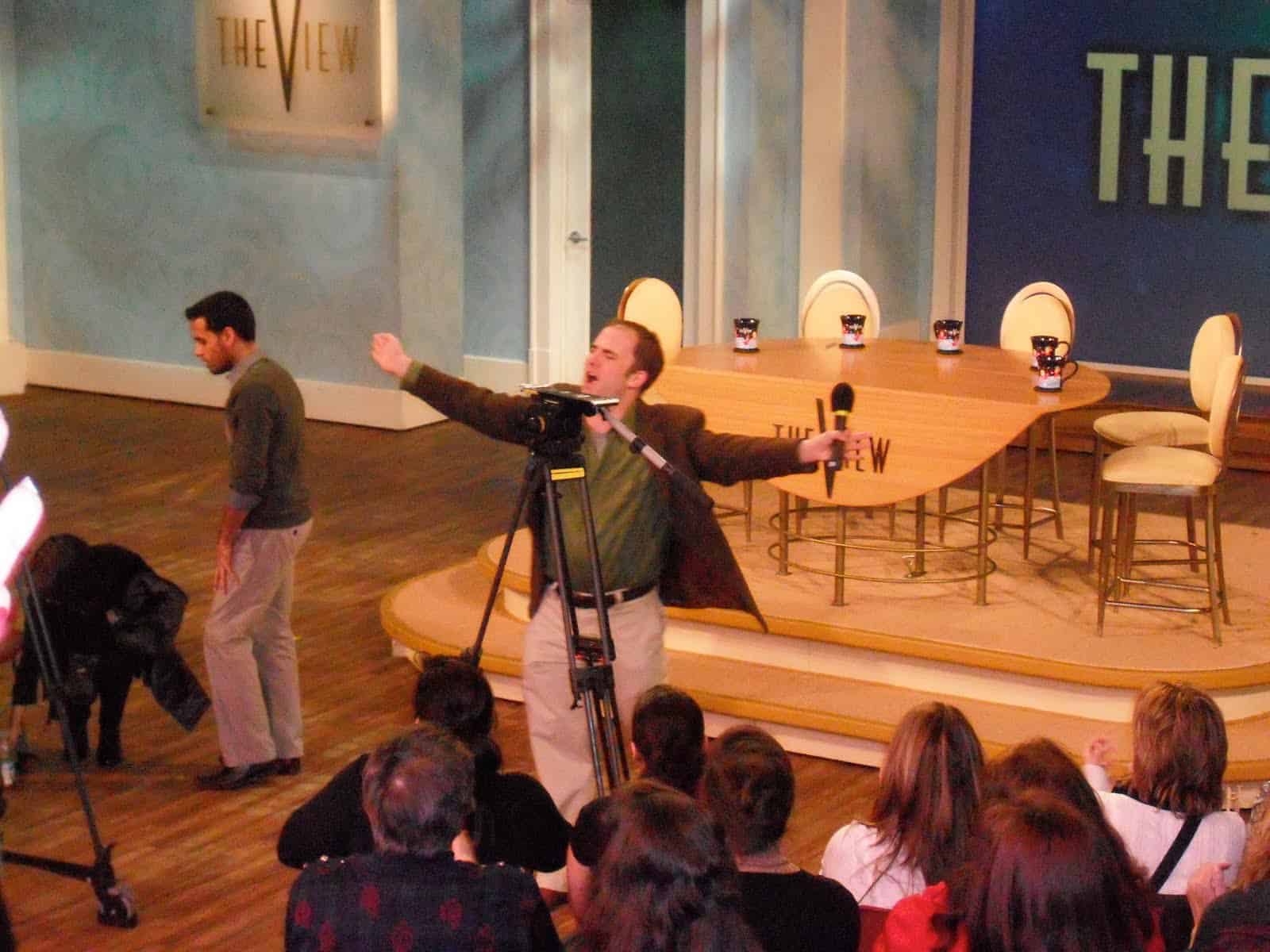 His job was to whip us into a happy, clappy frenzy. He relied heavily on butt jokes. I half expected him to start in on some my mom’s Uranus jokes, but we were spared stooping quite that low. And then there was dancing! Bring on the Beyonce! 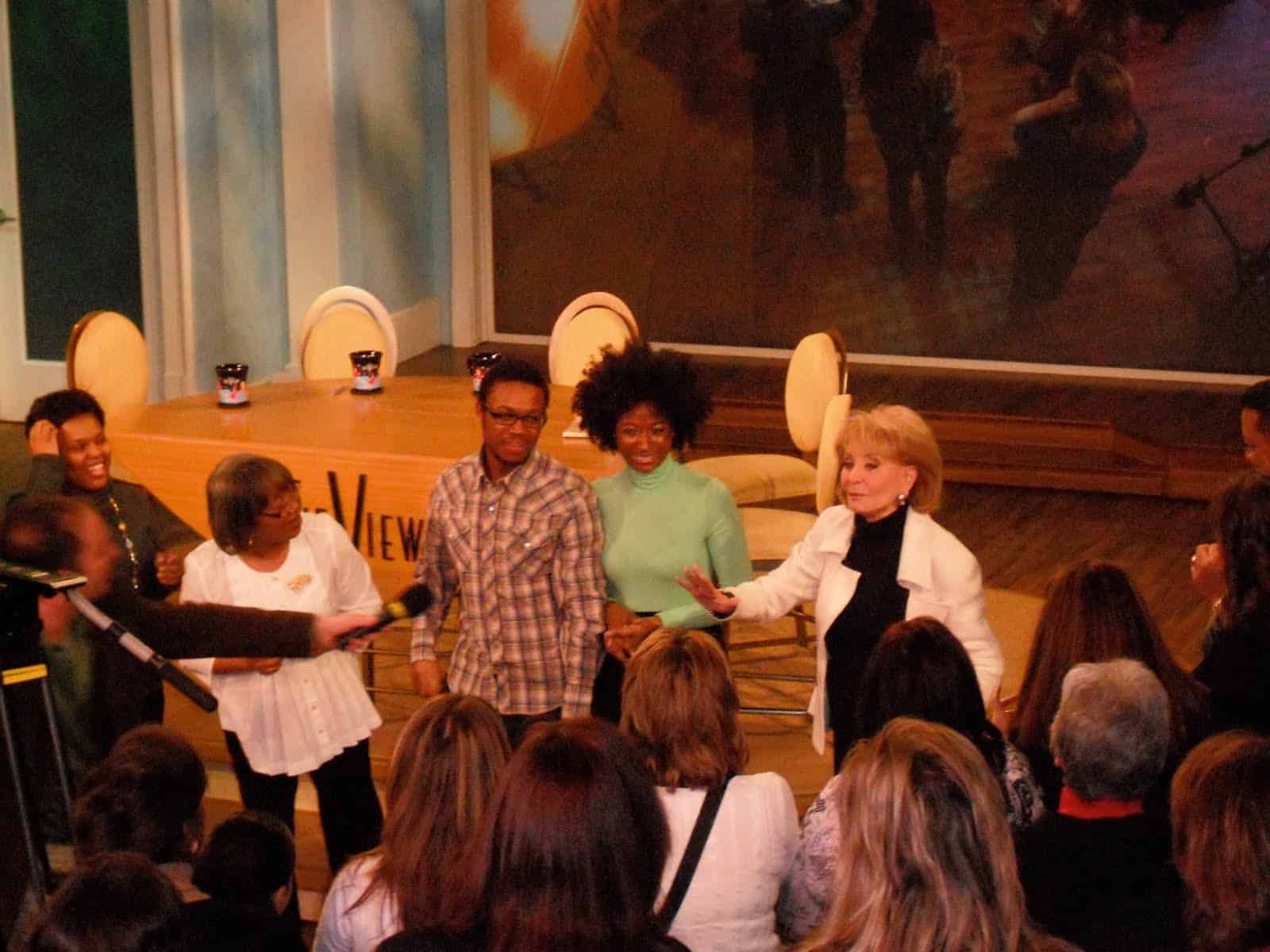 The striking woman in green is a stage actress (we struck up a conversation in line and later sat near each other). And could she dance! Her friend did a totally Glee-worthy Single Ladies routine. Very fun to watch. Barbara Walters also came out to tell us how special we were as an audience. Aw! (I’m sure she says that to all the audiences, but it was still kinda cool).

Here I am just before the show started. My pink sweater made me easy to spot when I later watched the show. My daughters enjoyed pausing me with funny expressions–and then laughing hysterically. 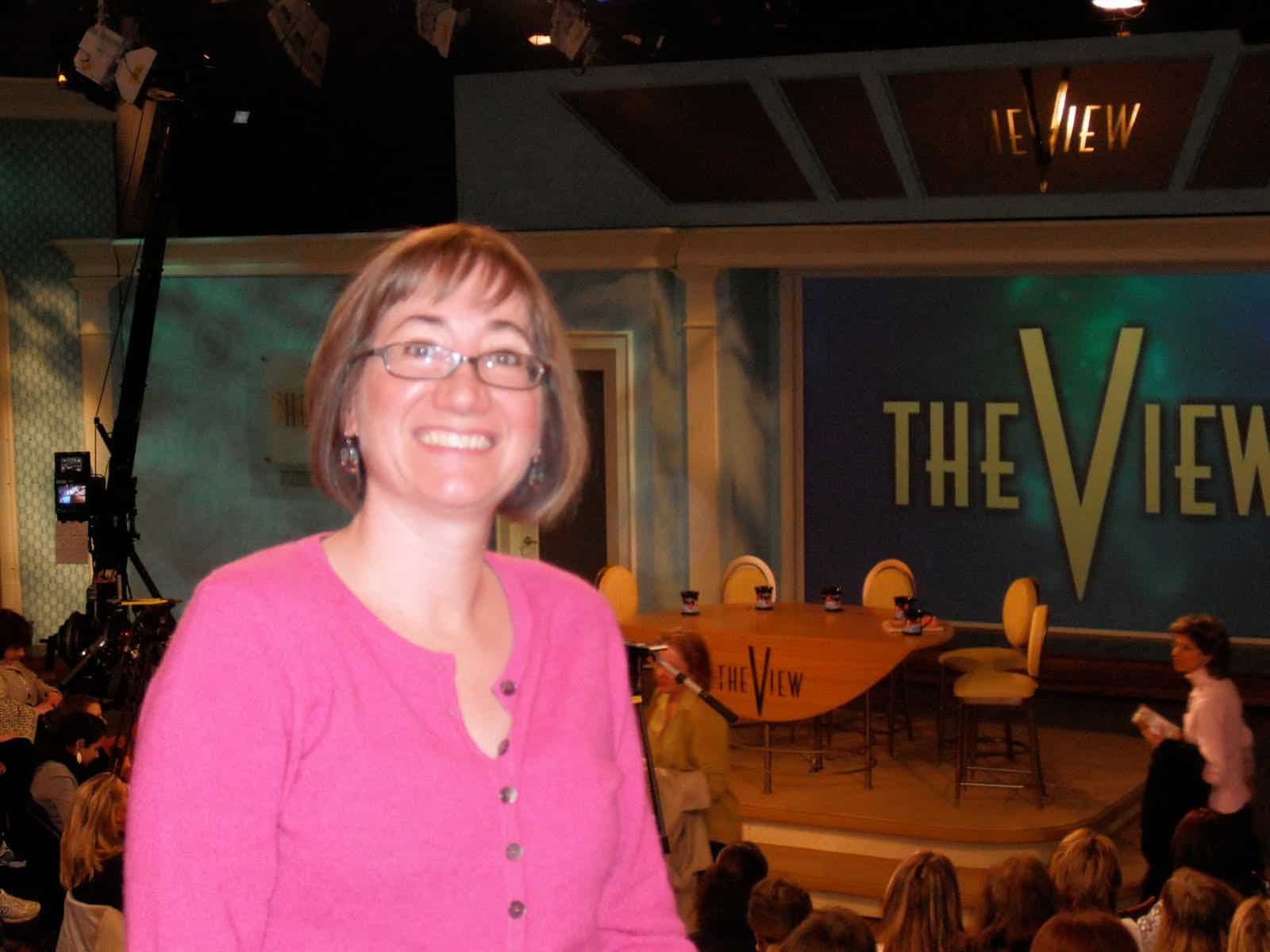 And here are the Hot Topics–a whole day of ’em! I have to admit I was a little surprised at how shabby the set looked in person. But I guess since ABC hasn’t bought a new waiting area TV since the early 90s… 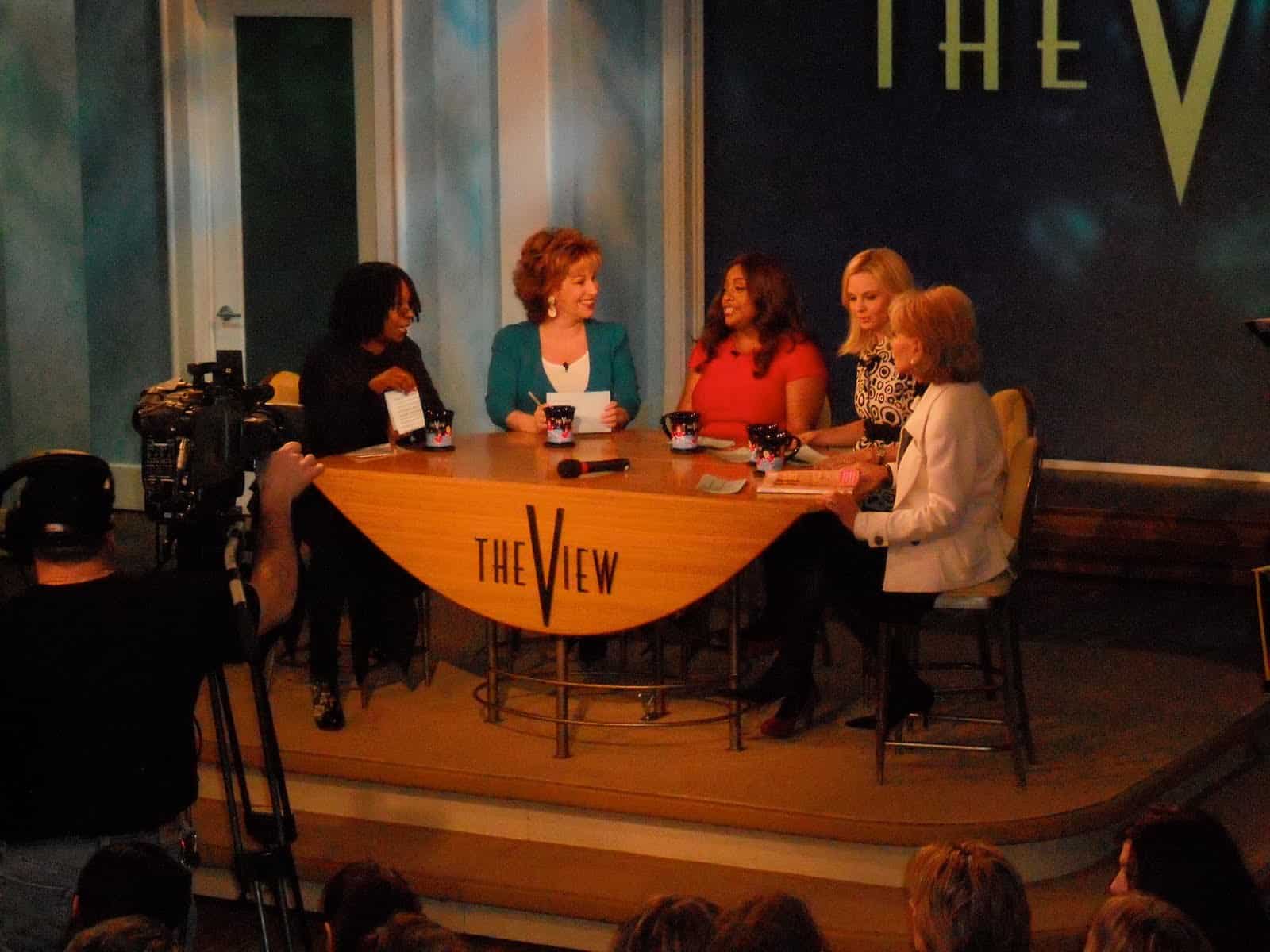 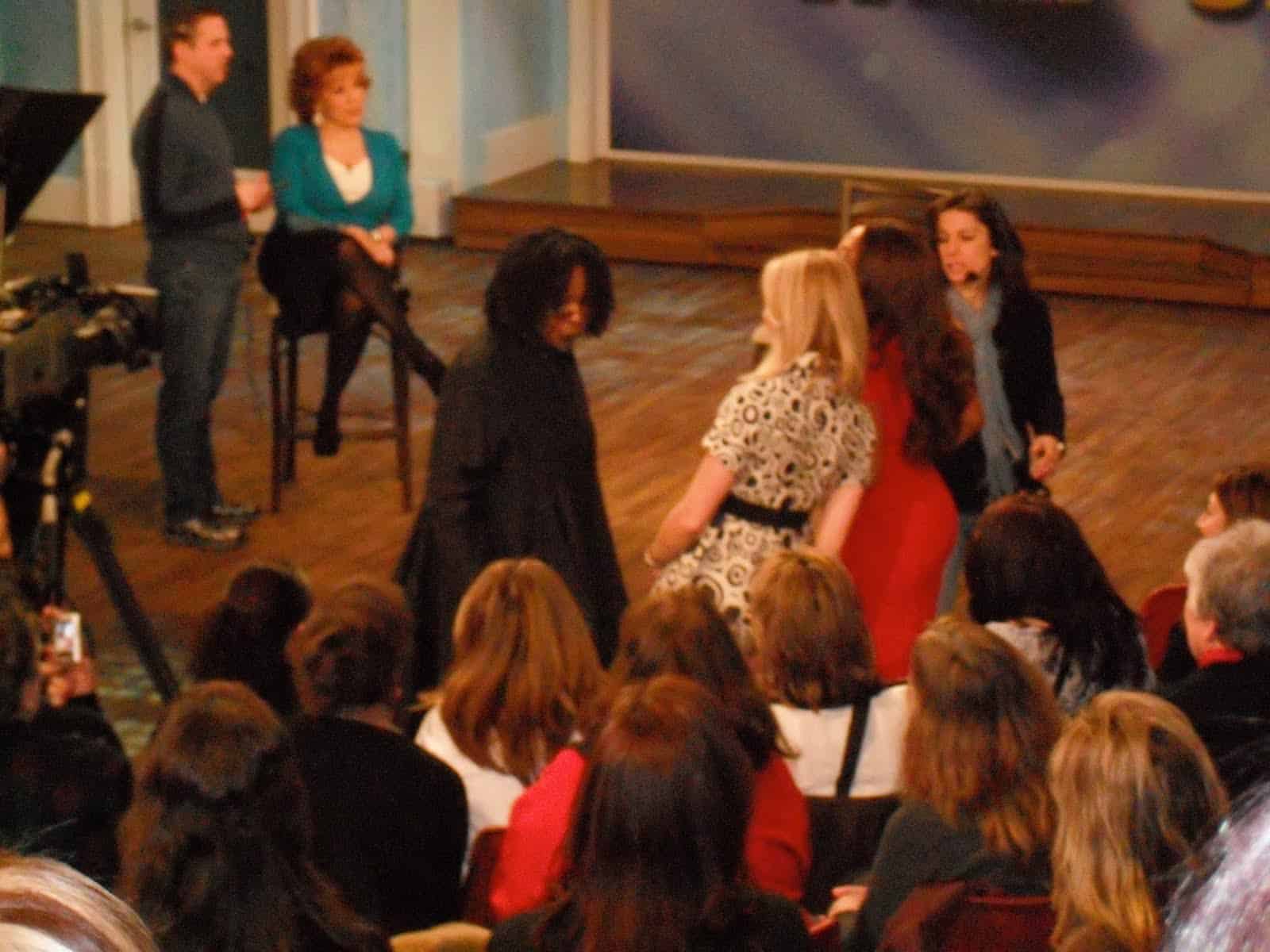 We all agreed that we received The Worst Giveaway Ever! (A book no one in the audience particularly wanted). But I did get some nice tidbits for my work-in-progress–and a package of cookies from Barbara Walters to take home to my daughters (they’re not fans–they think she wears too much leather. I brought the cookies as a peace offering of sorts).

Now I’m home and back to real life–revising that novel!

12 thoughts on “Research: A Taping of ABCs The View”