I always tuck a small notebook into my purse so I can record story ideas, interesting tidbits, strange human behaviors, cupcake places I’d like to try… But I especially collect potential characters. 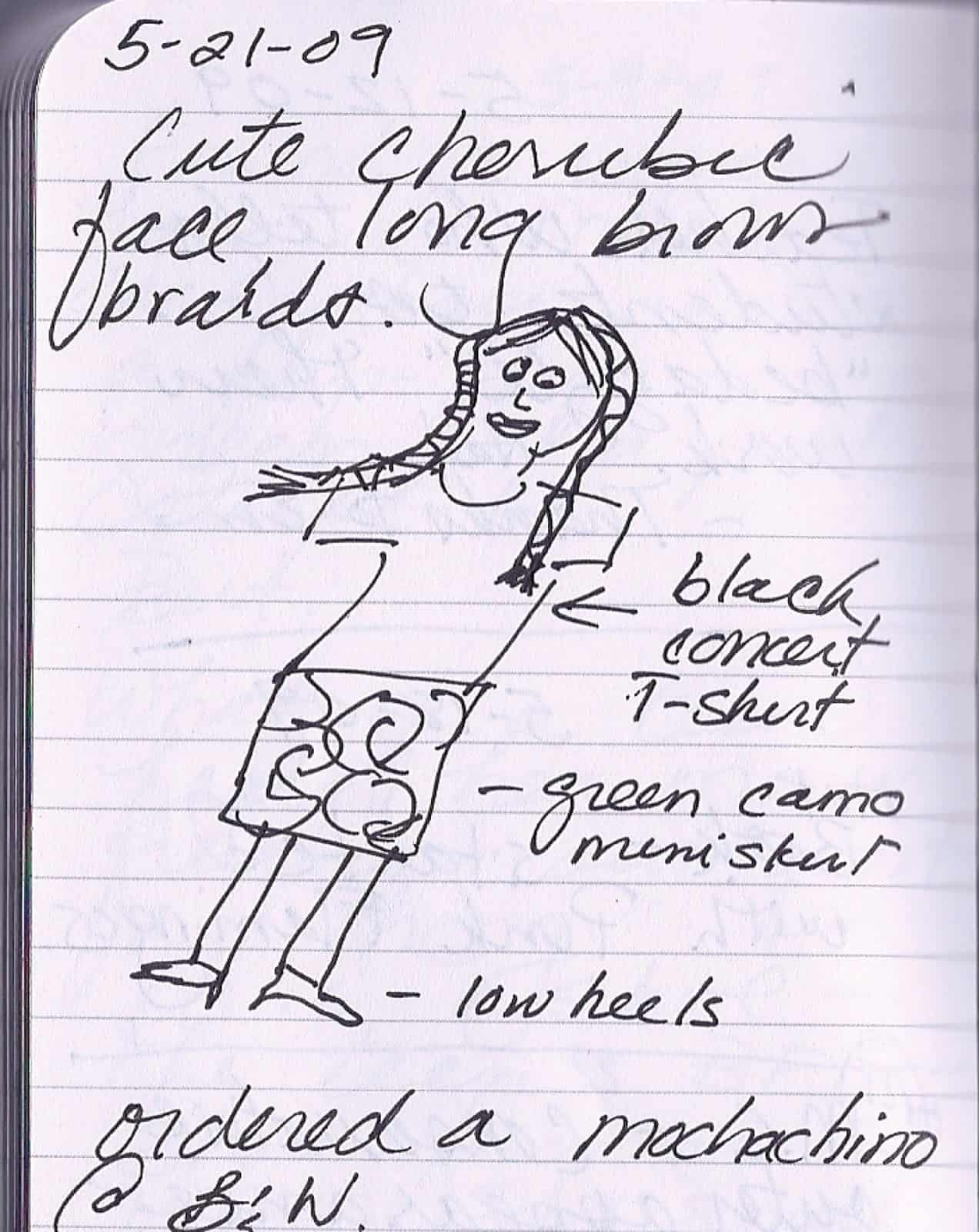 (You can see why I did not pursue illustration!)

A cute grocery checker turned into a love interest in one of my stories, so did a teenager sipping a strawberry frappuccino that matched her hair… My next WIP idea sparked after a few random encounters with intriguing strangers (but I have to finish my current novel first!).

And it’s no secret that a neighborhood skateboarding hottie inspired the character of Xander Cooper in Swoon At Your Own Risk.

But I was a little surprised when he showed up at my daughter’s soccer game on Saturday. I did know that his little sister played on my daughter’s team, but he’s away at college now, and no longer skateboards down the street.

No one in his family knows that I’ve written him into a novel, and I really only borrowed his mop of curly hair and graceful skateboarding. Xander Cooper is a completely fictional character. Still–it felt so strange to sit close to someone who looks so much like the character I created…

But it was nice to see him cheer so sweetly for his little sister. (Nice guys DO live outside of books!)

3 thoughts on “Fictional Characters Showing Up In Real Life…”