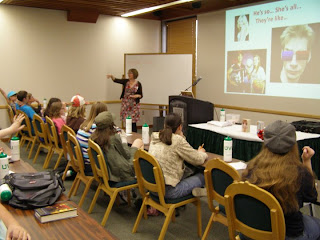 Last Saturday I spent the day with 130 fabulous teen writers at the Teen Author Boot Camp. The teens impressed me with their intelligence and creativity as we busted stereotypes and figured out ways to make believable bad guys and interesting main characters.


Wanna try it yourself?

• List five stereotypes. How is this character the exact opposite of one of these?
• Think of three actions that will make this character sympathetic.
• Write this character’s history (parents, trauma, etc.). Add the best bits to your story.
Thanks so much to Writers Cubed for organizing a wonderful day! 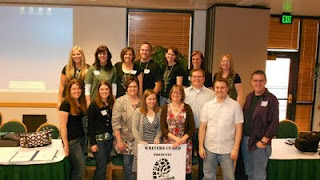 Quick–what first comes to mind when you see: 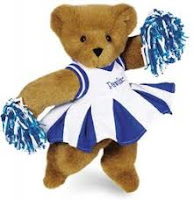 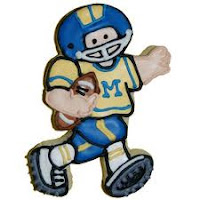 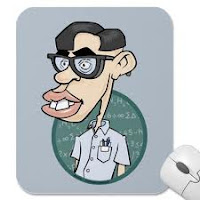 Smart? Unpopular? Ugly? Scrawny? Absolutely unlucky with girls?
Some characters come with a lot of baggage! 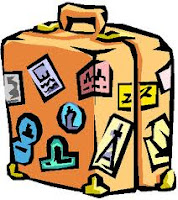 I’m writing a story about a high school girl, so naturally some of these character types people my story. And some of them, unfortunately, read as stereotypes: flat, predictable, boring. This week, I’ve worked on unpacking their luggage and fluffing them up, so to speak.
So how do you transform a stereotype into a realistic character?
1. Avoid using labels. The instant you write short-hand descriptions of your characters–geek, jock, brain–your readers will fixate on the stereotype, not the unique details that (may) follow.
I made the mistake of labeling an Asian character as “good at math.” Right away the stereotype alarm buzzed in my agent’s head. The thing is: that character never does math in the novel; we never see her in math class. I’d written that as a lazy way to describe her ethnicity. So–
2. Choose unique details that give your character complexity. Give them contradictory qualities. I’m really organized–I make lists, file important papers, work efficiently, meet deadlines. But I have a super cluttered, super messy house. And my desk–yikes!
Think about the kinds of things that are important to your characters. How does he/she see the world? Is your character a musical person? Maybe he notices sounds. Observe things from your character’s eyes (I often use this as an excuse to take a writing field trip).
Use details that show the effect your characters have on the other characters in your story. Do people think your attractive, yet shy, character is stuck up?
3. Create backstory for all of your characters. I’m good at thinking about my main character’s past experiences, but I often allow secondary characters to slip into my stories unprepared. That’s when I resort to labels and stereotypes.
Stop and think about each character’s backstory. How do your characters know each other? What past experiences did they share? What expectations do they bring to their current relationships with each other?
4. Think about each character’s motivation in each scene you write. Realistic characters have personal agendas–that usually conflict with another character’s plans. Stereotypes just want to hang out, win the big game, fluff their hair… While rewriting, give each character–even the dude moping in the background–a goal. Now let things get messy. And interesting!
If you’d like to read more writing tips from me (as well as other writers), check out Suzanne Morgan Williams’ blog: http://www.suzannemorganwilliams.com/suzanne_blog.html